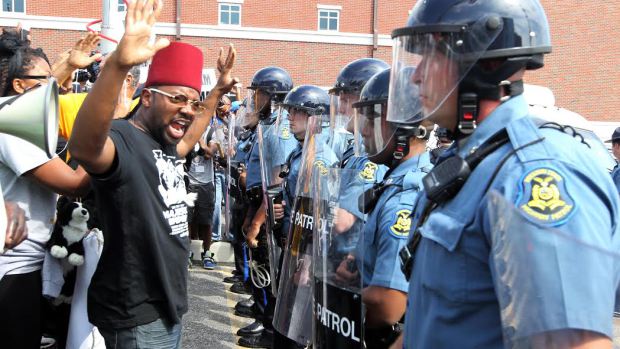 Five messages Ferguson can teach us about anger 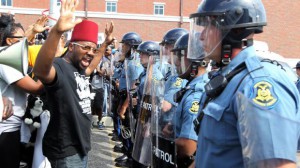 Anger is a messenger. Anger is almost always a safe way to express pain, fear, and a host of other emotions. In the wake of the tragic shooting of Michael Brown, the grand jury decision, and the anger that erupted in Ferguson, we must ask ourselves what message anger in the community may be sending. Following are six proposed messages that anger may project
There is unresolved trauma.
Psychological jargon describes two broad types of trauma – direct and vicarious. Communities with constant exposure to trauma can experience a numbing effect that makes it impossible for the parties involved to care about or understand the needs of others. The end result of this unresolved trauma is vilification of all parties involved, which in turn can lead to a mentality that says “I will protect myself or hurt you before you hurt me again.”

My voice has not been heard. I don’t feel understood.
In a negotiation, it is always important for all parties involved to feel that their voice is heard. The right to be heard is directly linked to the idea that, “I matter.” When systems do not allow individuals to voice opinions and achieve results, they become frustrated and begin to court feelings of resentment and anger. All sides – the police, Ferguson residents, America at large – have ideas and opinions that need a safe place for expression and a way to find consensus. Anger’s message in this case is an expression of not being heard.

Dialogue, negotiation, and communication have failed or are nonexistent.
When there is aggression, it is safe to assume that communication at some level has either failed or was never attempted. In the case of Ferguson, it may be a combination of both. Whatever the cause, anger is a reminder that more sophisticated and effective systems are needed to ensure that all parties involved in a controversy are heard. For effective communication to occur, there must be an honest conversation about the issue of race and its impact on how both sides perceive each other.

I am hurting.
Feelings of powerlessness, disappointment, pain, grief, loss, and fear all find a safe harbor in anger. In such an emotionally charged environment, it is not safe to express what is truly felt. The tragic loss of Michael Brown and many others, the fear that the same will happen again, the fear of mothers who feel powerless to protect their children, the profound disappointment in the judicial system ‒ all culminate in feelings of anger.
It is so easy to react with anger and aggression; however, underling each expression of anger are messages that if understood can help us create a more civil and humane society. However, if we fail to determine and correctly respond to the anger messages, the end result will be a cycle of aggression that can lead to mutually assured destruction.

Dr. Carlos Todd, the founder of Conflict Coaching & Consulting, Inc. His passion is to equip couples, individuals and organizations with the skills and resources to effectively manage life’s conflicts. Dr. Todd is part of an elite group of individuals who can claim expertise in conflict management that has been tested by academic rigor. He completed doctoral studies in conflict management and has applied this training to address conflict in relationships as well as organizations. He has used this model to inform his ongoing work on couples conflict resolution. Dr. Todd is also a Licensed Professional Counselor (LPC) granted by the North Carolina Board of Licensed Professional Counselors in 2005 and is a Nationally Certified Counselor (NCC) granted by the National Board Certified Counselors 2002.